Sam Judlo immigrated to the United States from Israel at the age of 14. He spoke no English. He had ambitions of becoming an Architect. Since he was challenged with English, he took all English classes in a Jr. College after graduating from high school. He has been home tutored and is self educated. As a teenager, he landed many part time jobs and one was a summer job on the trading floor of the Chicago Mercantile Exchange (CME). Sam was immediately mesmerized by the chaos in the trading pits. The open auction market spoke a language and made sense. He learned later that a rational approach to a chaos uncovers opportunity. Sam worked himself up in the trading industry and eventually became a member of the Chicago Board of Trade (CBOT) and Chicago Mercantile Exchange (CME) including membership rights to the Chicago Board Options Exchange (CBOE). He was a solo trader operating in the archaic trading pits, eventually gravitating to computerized execution. In the 1980’s Sam began to recognize that a computerized analytic approach would be necessary in order to gain a decisive edge in trading. Research became integral.

Along with a staff, Sam began to explore and research all available trading manuals and trading techniques. Early on Sam studied and implemented his first approach of the WD Gann method a geometric approach. Many more systems evolved since. Sam believes research is imperative to success in trading. In fact, he achieved significant success trading Grains, Currencies, Treasuries, Gold, Crude Oil and the Stock Market. By the 1990’s nearly all output of his strategies were computer generated and trading was model guided. The steps toward entire automation has been developed. His systems are used in this website.

Sam concludes the following about trading: All systems are useless for predictions but only useful in identifying trends and uncovering what others identify as viable. Committing to implementing a strategy is important and initiating a trade is far easier than liquidating a losing and winning trade. Both need to adhere to strict rules. Being diligent with research and relying on disciplined implementation is more important than relying on esoteric creative intuition. One can be wrong more than right and be enormously successful provided one executes a tested plan that must be ignore and overcome debilitating emotions. Open mindedness and a commitment to explore and implement what works and discard what doesn’t work, will result in victory.

ISRAEL “IZZY” NELKEN is the President and Founder of Super Computer Consulting, Inc. His firm specializes in the research, application, implementation, and exposition of complex derivatives, structured products, risk management, and hedge funds. Since its founding in 1997, Izzy’s firm has many consulting clients globally, including several regulatory bodies, major broker-dealers, large and medium-sized banks, as well as hedge funds. Izzy has extensive experience with complex financial instruments, and is adept at explaining their intricacies to wide ranging audiences. In addition, Thomson Reuters has licensed ConvB, the convertible bond model designed and programmed by Izzy’s company and it is currently featured on their flagship product, Eikon.

Izzy not only consults—he’s hands-on and a great teacher. For example, from 2006 – 2009, he was a partner of JDI Alpha Advisors, LLC, a long-short equity market neutral hedge fund. As for teaching, Izzy:
• Since 1997 to 2013, was a lecturer Master of Science in Financial Mathematics (MSFM) program, Mathematics Department, University of Chicago.
• Since 1997 to 2015, has taught numerous courses, seminars, lectures, and talks at various banks, regulatory bodies including the Federal Depositors Insurance Corporation (FDIC), and professional seminars around the world on a variety of topics related to mathematical finance. These presentations are known for combining cutting edge analytics with real world applications and intuitive examples with minimal math.

Additionally, Izzy is frequently interviewed by the press from around the world—a sample interview with CNBC Asia can be viewed at http://www.supercc.com/CNBC/IzzyInterview.swf

His contributions to the financial field also include his activities as a member of the Chicago Board Options Exchange (CBOE) Product Development Committee. Further information can be found on www.supercc.com, www.optionsprofessor.com as well as www.seminarblockchain.com 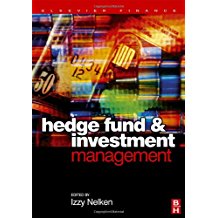